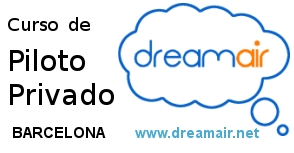 Airbus on Saturday sought to minimize the scraped engine suffered by one of its A380 superjumbos operated by Korean Air as it banked while landing at Tokyo Narita airport. The incident happened when the plane, flying from Seoul’s Incheon airport, touched down at Tokyo on Thursday morning, Korean Air said. «A tube sticking out of the engine touched» the runway, a spokesman for the European plane manufacturing giant said, describing the incident as «less than minor» despite a dramatic photo of the landing circulating on the Internet.


«Our maintenance service has been informed… we don’t yet know the reasons for this banked landing». he said, adding that the plane had already returned to Seoul.

Korean Air’s first A380 entered service in June and the company has just taken delivery of its second superjumbo from a total order of 10.

Airbus’ star A380 had to be temporarily withdrawn from the Paris air show in June after it crashed into a structure on arrival and lost a wing tip. It was Korean Air that lent its own A380 as a stand-in for the damaged plane.